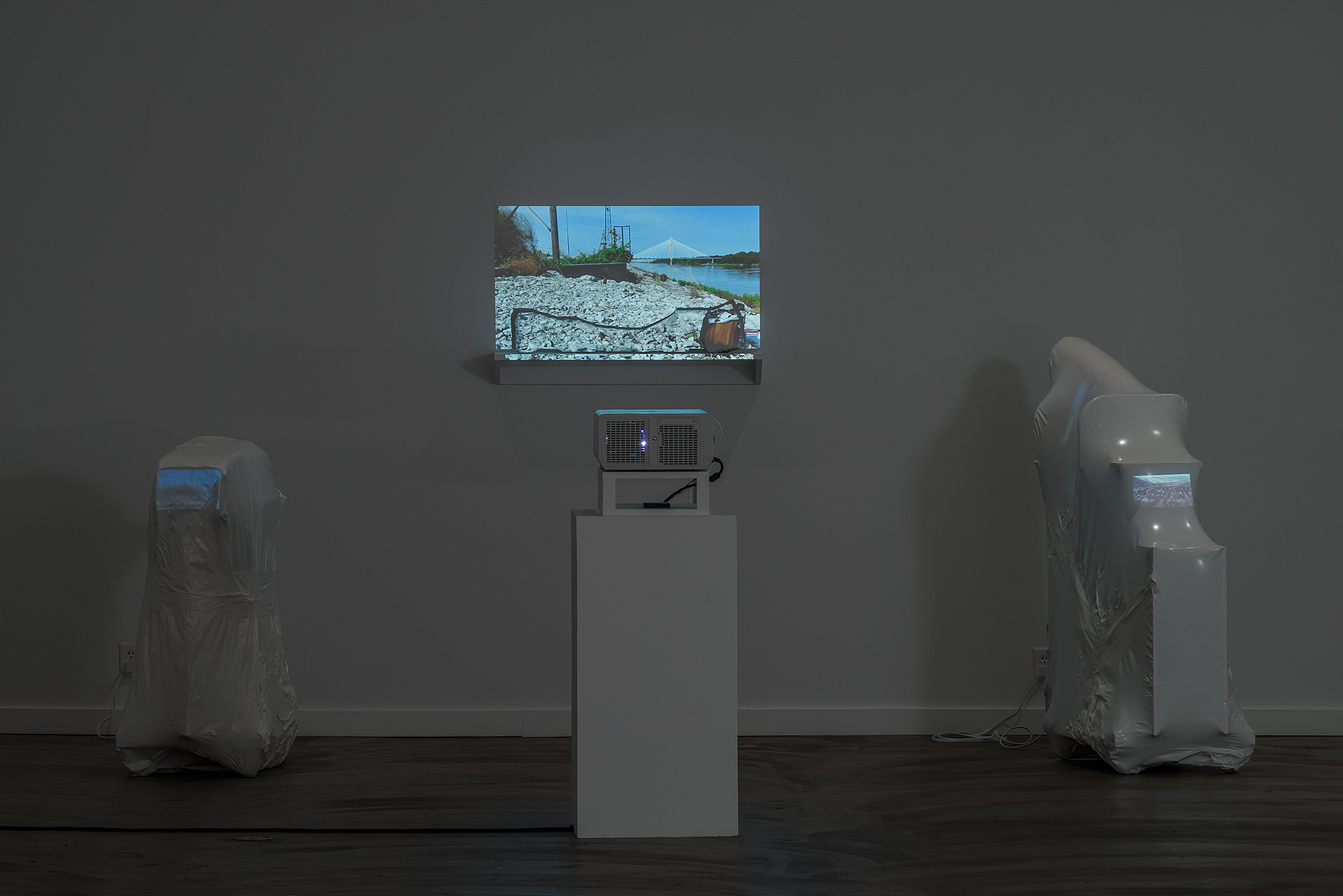 Superlinear Living, 2015. Site-specific installation: 3 channel video, found objects, polyethylene film and resin. Dimensions variable.
Like other organisms cities are relatively predictable – they concentrate resources, have logical systems of change and conform to mathematical rules about growth where bigger = better. Superliner Living looks at Kansas City as both a place and a process, mapping nodes of growth and disinvestment in the landscape by repositioning cast off items as figures in the cityscape. Discarded objects are collected and used to build screening structures where videos examine the metropolis via different viewing positions – the road, the sky, and the street. 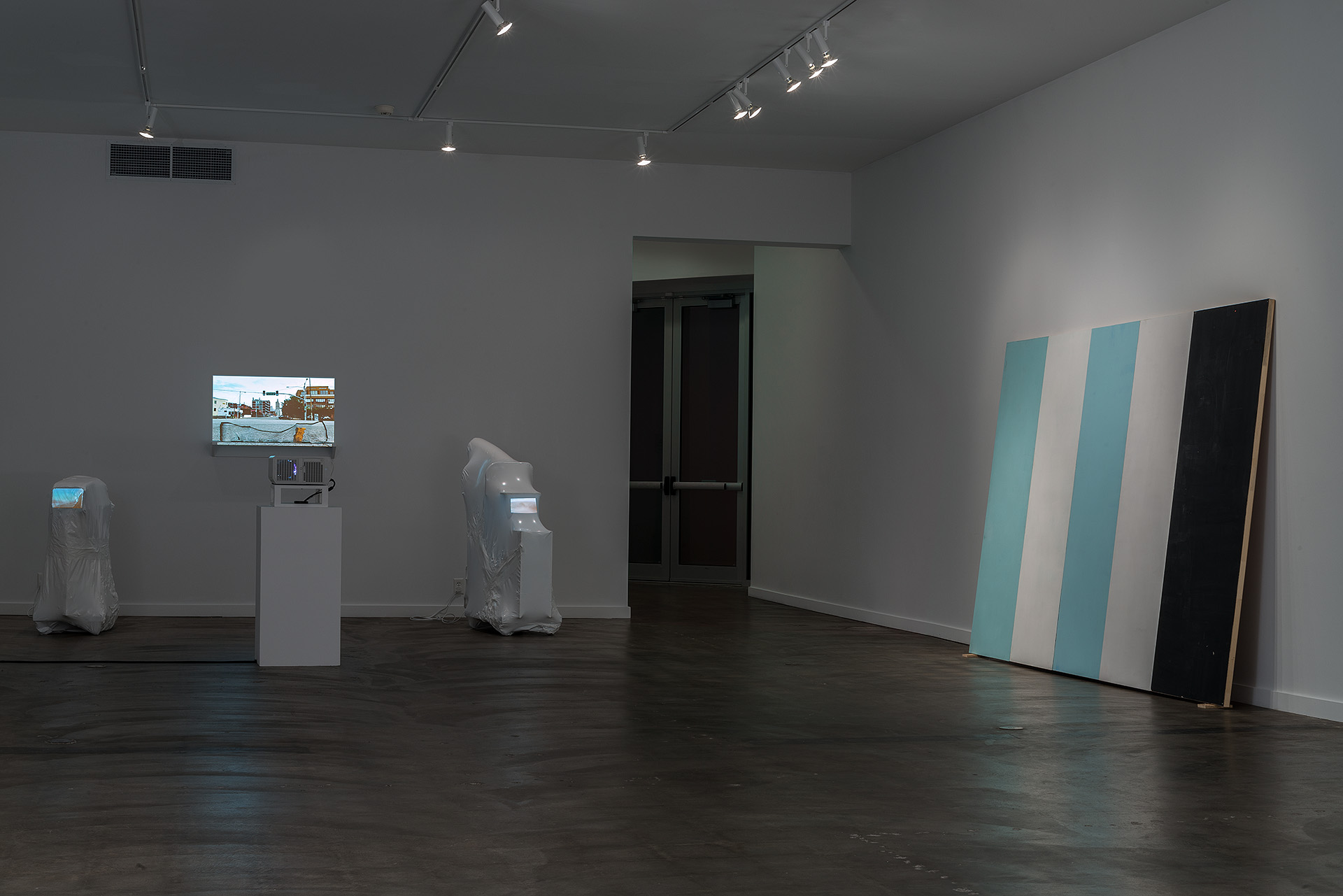 **A brief description of the setup – the shelf has a video projected over it but also onto five objects that sit on the shelf in a row. You see these objects in the video. The five objects have been shrink wrapped together into a horizontal band (a kind of false skyline) and sit on the shelf – their texture/color is projected onto them. The video alternates between long takes of the objects in different spaces – first the space where they were found (an empty lot, a park, near the gallery, an abandoned public school, a homeless camp) and then re-photographed in (roughly) the same position in other locations around the city. In this video there are also interludes with maps found online of the city and shapes extrapolated from those maps projected onto the objects. The two ‘sculptures’ sit to either side and are constructions made from found objects which have been mounted onto a wheeled base and heat wrapped (like the process they use to wrap boats) there are two loops projected from inside the sculptures – one of footage of the city from the vantage point of the highway and one from the sky – with footage from both planes and drones.

Center is a Moving Target: If You Lived (T)here builds and expands upon the series’ 2014 inaugural exhibition, which placed its focus upon a selection of artists living and working within a twenty mile radius of Kansas City’s Crossroads Arts District. At the outset of this second iteration, the curatorial framework has cast a broader net to include artists within a two-hundred-mile radius of Kansas City along a central corridor of the Midwest—from Iowa, through Kansas City, and to Oklahoma—all of whom address the history and peculiarities of place in projects that explore architectural concepts of our time. The exhibition features six artists: Gina Adams, Jill Downen, Peter P. Goché, Eyakem Gulilat, Caitlin Horsmon, and James Woodfill.